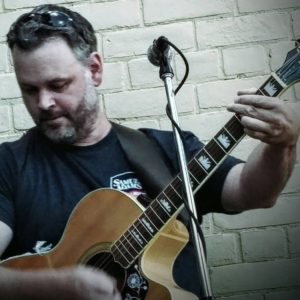 A native of Ottawa, Canada, Ken Workman was raised on the vinyl sounds of roots and began singing at age 11 in a Choir and quickly fell in love with music and wanted to learn more. He picked up his first guitar at age 15 and enrolled in lessons. Even after the removal of part of his lung at 17, Ken never lost his desire to sing. Having only one lung has never slowed him down to this day. 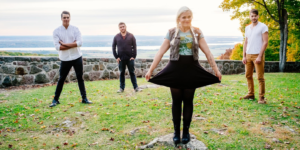 Mosely’s 2018 album release, “Echoes”, marks the band’s 4th release and is the highly anticipated follow up to their 2015 self-titled EP. With less emphasis on public appeal or current musical trends, Mosely’s newest release takes the 2013 formed four-piece Alt/Rock group in a more artistic direction. “We made the music we wanted to hear, the music we think needs to be made.” When they aren’t chowing down on tacos, this tight-knit group of seasoned musicians can be found fine-tuning their Halloween costumes or singing karaoke in their beloved home, the nation’s capital of Ottawa ON. 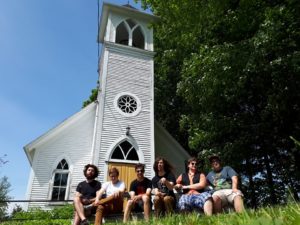 Caribou Stew are an original alternative country band based out of Montreal. Their sound is a blend of traditional country/bluegrass and alternative rock. Frontmen Jared Otter and Benjamin Vallée have been making music together since the eighth grade, spending their time in high school discovering americana and growing their musical chemistry together.

Caribou Stew live grabs the attention of any crowd with Jared’s powerful vocal delivery and their close harmonies. The energy of Caribou Stew on stage is something unique and exciting, bringing the energy of punk rock music to the heartfelt honky-tonk groove of traditional country and western. 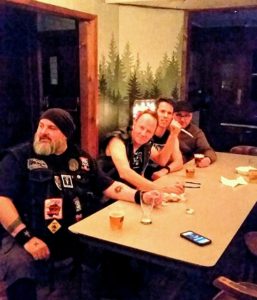 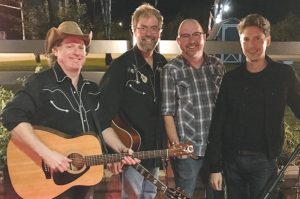 Steve Stacey and the Stump Splitters are a throwback to the days of storytelling in song, contemplating life with humour, unique observations and truth that is too obscure to be a lie. Armed with songs about cars, lost love, drinking, the occasional murder ballad, no topic is off limits.

Steve will keep you on your toes trying to figure out what will he say next. Working on a new album of original songs, Steve has 2 cd’s of original material “Sounded Good at the Time” and “Tall Tales Fibs and Outright lies” which was described in Exclaim magazine -Steve Stacey and company have carjacked Buck Owens, rear-ended John Prine and made off with (at least) a vat of homemade whiskey to create this set of infectious masterpieces. 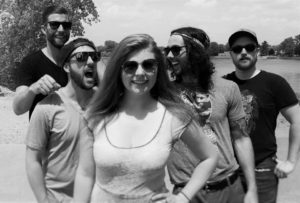 Kaleidoscopic, post-rock, genre-bending eclectica, Ottawa’s Bitter North doesn’t know what genre’s banner to fly under, but they are happy as undefinable music explorers, dirt on their knees, thumbs out, with a style uniquely their own. Boot-stomping, drum-driven sing-alongs, give way to eerie harmonies, subtle synthesizers, tantalizing guitar riffs, which support soaring lead vocals. The songs weave in and out, endings and beginnings blur, subtle to heavy and back.

Fresh off of their second EP of 2017, “Vacation Days”, Bitter North feel solidly themselves, and are looking to branch ever further afield from their Ottawa base and share their specially branded music style with the rest of Canada and beyond! 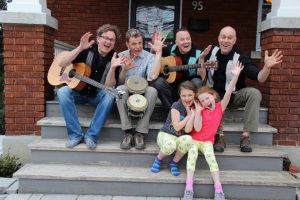 Hey Buster is a group of father/musicians that started writing songs to entertain their own children in 2010.  Three CDs later, they are an integral part of the Ottawa community performing for families in bars, schools and at community events. Their show is energetic and interactive featuring dance moves for the kids, jokes for the adults, dramatic props, great guitar licks and just a itty bitty little tiny bit of education (a couple of the guys are teachers). 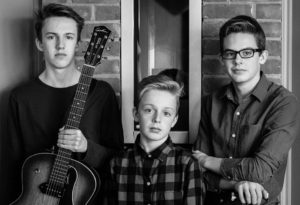 Krystal Jyl and The Jacks 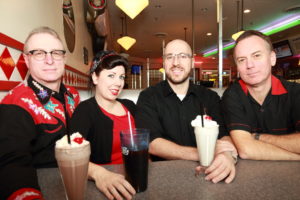 Krystal Jyl and The Jacks are a fresh new Ottawa rockabilly blues and swing combo. They will be performing at the 2018 RBC Bluesfest on July 15.

Thomas has fronted or collaborated with acts in Ottawa and Barrie such as The Lonesome Devils, The Rusty Frets, Parting Visions, Ray Harris and the BSOB’s and Big Train. Donnelly is the main songwriter and upright bass player in The Kingmakers (SUN Studio, Cowboy Jack Clement’s studio, Hi-Style Studio Chicago) and plays with Drive-In Radio, Ray Harris, Uncle Sean, Lefty McRighty, Jimmy George and has played with many more while also running his studio Tenvolt Audio. 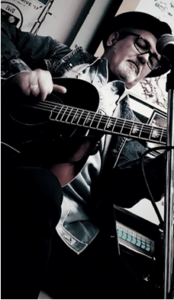 A veteran of the Ottawa music scene, Ray Harris is a prolific and likeable singer/songwriter/storyteller who describes his music as “Ameri-Canadiana” – his songs have been described as finely crafted, drawing favourable comparison to master songsmiths. He wears his influences on his sleeve – incorporating strong elements of honkytonk country, rockabilly, folk and roots rock into a distinctly identifiable sound. Ray’s 3rd release, Kinda Sets The Tone (2016) is a collection of mighty fine tunes.