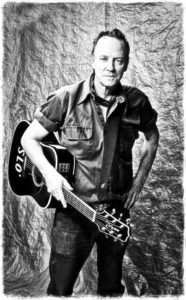 Hey, my name is Slo’ Tom. I write crazy rollicking country songs – basically mini “how to” guides to getting drunk and gettting lucky! If that sounds up your alley (ya weirdo) then read on… We’re a four piece country band – acoustic guitar, chicken pickin’ electric, bass and drums. Lots of harmonies and funny lyrics. Slo’ Tom and the Handsome Devils formed around 2009 and our album “Musta  Been a Pretty Good Night!” was released in October 2012. Our 2013 album “I’m Sick” received rave reviews and we had a song chosen by the Ottawa Citizen as one of the Top

Arms of The Girl 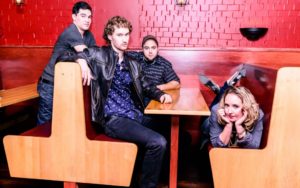 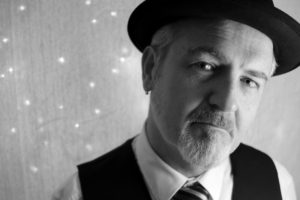 A prolific and likeable storyteller who regales audiences with all sorts of music trivia tales, Ray Harris’s 3rd release, Kinda Sets The Tone, is a collection of mighty fine tunes from this master of Americana music. The title track and first single off the album, “Kinda Sets The Tone”, swings its way right across your heartbreak. His wry humour glints in “Rain On Your Thunder (The Spanish Imposition)”, a passion for cars shines clearly in “Big Old American Cars” and “Margaret’s Waltz” is an out and out love song. In thirteen full band tracks, this album covers the gamut from blues to country to folk. Ray’s first release, “East End, West End, North End, South End” (2009), gave us rootsy music worthy of our time. “The deep emotion of the lyrics is matched by a lived-in, dense instrumentation of guitar, pedal steel, banjo and organ” Fateema Sayani, Ottawa Citizen “Poorly Kept Secrets” (2012), was called “the best of Canada’s ‘new wave’ (of country music)” by Country Music People magazine, UK 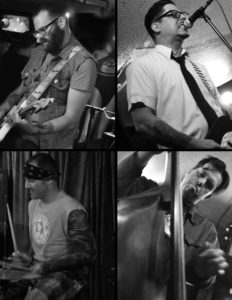 Hot Snake Handlers is a weapons-grade shitstorm of blistering psychobilly, rockabilly and mean-asscowpunk, sharp and jagged as a prison shank in the eye, mean and loud enough to give your nightmares nightmares. 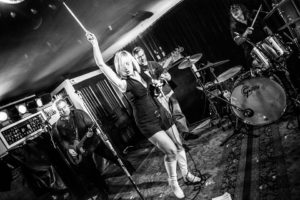 The band is called GOOD2GO and comprises a handful of dudes and their impossible-to-miss front woman Maureen Hogan. She’s got chops and a ballsy attitude about the men who’ve done her wrong. Her stage persona is large, but don’t confuse her hammy side for a lack of talent. The gal — a teacher with the Ottawa school board by day — can sing. She really hit a high note with the release of their fifth album, C’Mon. It shows a band moving from early punk influences into a blues-rock sound that amplifies Hogan’s breathy, heartachin’ voice, bringing to mind Patsy Cline and Dusty Springfield. (Ottawa Magazine, Dayanti Karunaratne) 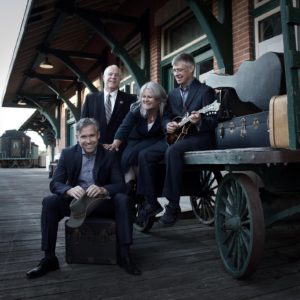 Maple Hill is an award winning bluegrass band that brings energy, emotion, and the lost art of entertainment to their show. Built on the foundation that “it’s all about the song”, the band delivers powerful vocals with strong supportive instrumentals rooted in a traditional sound – from the early hard-edged blues through gospel and on to today’s great songwriters, including original compositions. Heart, drive, deep blues, inspiration, a tight vocal blend, fun filled interplay, and an intimate relationship with the audience are some of the things that describe a Maple Hill performance. 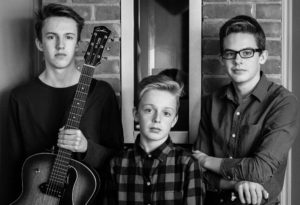 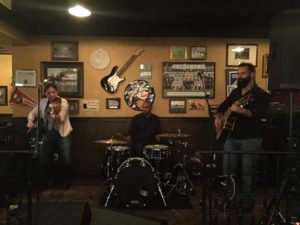 Tyree Lush and Dana Arrowsmith have been playing together for over 15 years in the Ottawa area and at folk music festivals across the country. Joined by veteran percussionist Martin Agard, Trailer for Rent is a dynamic trio that plays everything from Celtic to Contemporary. The band’s polished harmonies, driving rhythms, and obvious enjoyment of playing together have made the group a local favourite. They love to jam, and lend their unique sound to everything, from Blue Rodeo to Mumford and Sons, Steve Earl, Lumineers, and much more. 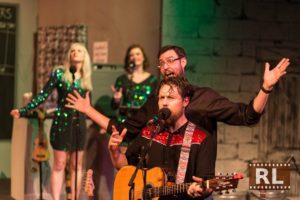 Hot off the heels of the hit musical theatre production Phantom of the Opry, musical director/composer Jumpin’ Joel Flash is back and rarin’ to boogie with his band, The Magic Machine! You’ll hear surprisingly hummable, temptingly strummable original tunes designed and performed in a manner that it is certain to make you smile. Add in beautiful backups and theatrical nonsense from an ever-increasing group of musical misfits and you’ve got a show that you won’t soon forget.

If you’ve read this far, the Music Program is Produced by “tic“, morning radio host/producer at CKCU-FM, and creator/producer of Barnstorm.