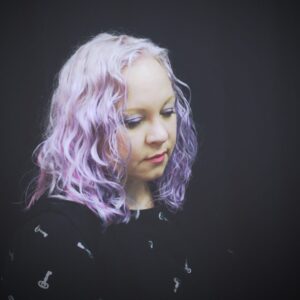 Katie Ditschun, a singer and songwriter out of Alexandria, Ontario, calls her music ‘quirky pop with some serious jazz notes.’ She recently released One Voice, a jazz EP of original songs where she explores combining melancholy and hope. Her debut album Spare Skirt (2018) had singles “The Moon” and “That is that.” that were both finalists in the Canadian Independent Music Video Awards. Katie’s holiday season release from 2020 “Be Still” was included in the CBC Holiday Playlist and continues to receive airtime on multiple formats including radio stations across Canada at Christmastime. Over the last couple of years, she has been focusing on writing and recording new music. The release of One Voice will be followed up later in 2022 with the release of an adult contemporary pop EP titled In Your Arms. 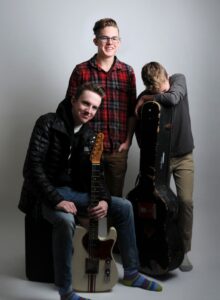 The Sons of Gord are Eastern-Ontario’s teen heart-throbs. Brothers Conor, Liam, and Gavin Veinotte are the core members of the group, and have been playing together for as long as they can remember!

Playing 8 instruments between the three of them, the boys suffer from no shortage of musical inspiration – something that is obvious in both their original recordings and live performances.

The boy’s most recent project is an EP released under eldest brother Conor’s name titled 4 Years Later. The original collection of songs were written by Conor, arranged by the band, and was Conor’s final project for his Bachelor of Music degree from Carleton University. 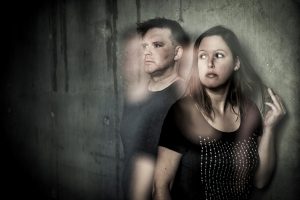 Paragon Cause is an indie-electronica band based in the Canadian Capital of Ottawa, with a penchant for making music that is enigmatic, darkly mysterious, but also wondrously compelling. 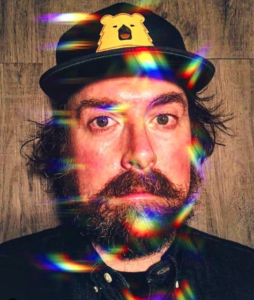 Graven is Nepean Ontario-born singer-songwriter Matty McKechnie. Coming in with a loud fuzzy bang for Graven’s 15th release, it’s “Simple Complex”. This album constitutes a musical map of Matty’s mind for the past few years and all of the major traumas and changes he’s been through on a roughshod soul-rebuilding journey towards self-love. This record also represents the idea that so many things are seemingly simple but very complex in nature, and the power-packed 8 songs speak to those themes: Relationships, Self-Love, Music, The Past, Letting Go, Accepting Pain, Stepping Into Who You Are, and Death and Memory. It’s sonically wilder than anything Graven has done, and that was largely due to Charles Austin (Superfriendz, Neuseiland) running wild on every track and playing several instruments (bass, lead guitars, slide, omnichord and more). Kevin Corbett also added multiple sonic layers (pedal steel, electric guitar, bass) as did Jeff Gay (piano, synth) and the beat and foundation builder Jordan Murphy (Walrus). The songs are also geared towards Graven’s musical heroes in their composition and style as the album documents a lot of his life. It was mixed by JUNO winner Joel Plaskett (who even added a guitar solo on the song “Exploded”) and recorded in Joel’s very own Fang Studios in Dartmouth, Nova Scotia over 6 days. 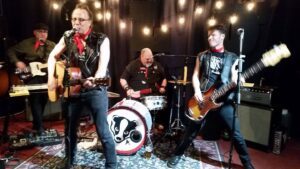 Ray Harris and the BSOB’s 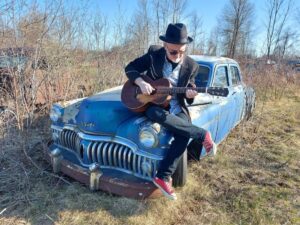 A veteran of the Ottawa music scene, Ray Harris is a prolific and likeable singer/songwriter/storyteller who describes his music as “Ameri-Canadiana” – his songs have been described as finely crafted, drawing favourable comparison to master songsmiths. He wears his influences on his sleeve – incorporating strong elements of honkytonk country, rockabilly, folk and roots rock into a distinctly identifiable sound – his strong family ties to the Ottawa Valley are referenced in songs like Shawville Girl, Pontiac County Blues, and crowd favourite Big Old American Cars. Ray has released 3 fine albums over the last several years, album #4 and other projects are currently in the works. 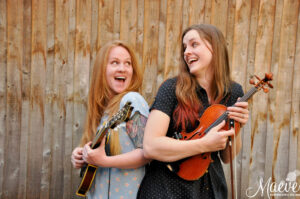 The Monroe Sisters together have 100 years of living and playing bluegrass music. Centred around the female voices they bring a fresh sound to the music, with both traditional and well-chosen fresh material. You’ll love how they use their instruments to support the music, and highlight just the right aspect of each song. Each member of the band sings lead, so the audience is treated to a great variety of beautiful sounds and song choices. The Monroe Sisters have quickly become an audience favourite. 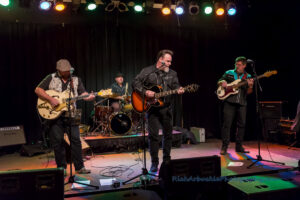 Hailing from Ottawa, The Dimestore Playboys are sure to entertain, playing a unique blend of rockabilly, swing, blues, and early country favorites with a smattering of well penned originals to keep your feet on the dance floor!

Gentlemen of The Woods 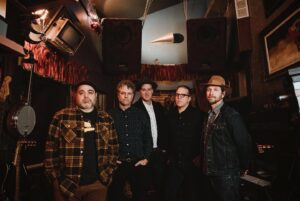 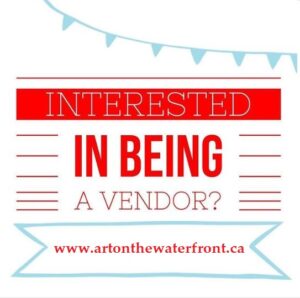 This week is your last chance to register as an artist or vendor at Art on the Waterfront. Our application deadline is May 21, 2022. Don’t miss this opportunity to join us for our 10th Anniversary- fill out our registration form online! Hope to see you there!